Despite the name, it is not normal at all.

Outside the Tents[edit | edit source] 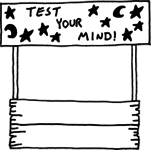 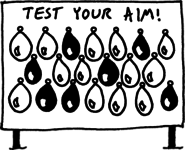 Entering the main tent requires you win one of the skill-tests.