From West of Loathing Wiki
(Redirected from System requirements)
Jump to: navigation, search 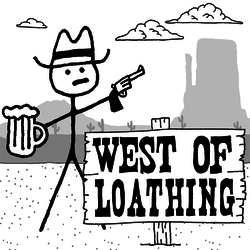 West of Loathing is an animated single-player adventure RPG set in the Wild West of the Loathing universe. It has a branching narrative with turn-based tactical combat, and character advancement. It's basically a stick-figure Skyrim with beans and big hats. You can do stuff like:

The game is produced by Asymmetric, the same fellers who brought you "Kingdom of Loathing". 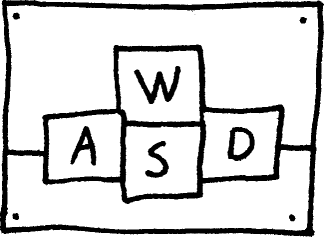 Other keyboard configurations are available via the Main Options panel including: QWERTZ, AZERTY, Dvorak and Colemak.